This 14-Month Old Dog Was In The Car Alone For 4 Hours. I Was Shocked The Owners Were Happily Shopping All That Time. (Video) - My Dog Alerts 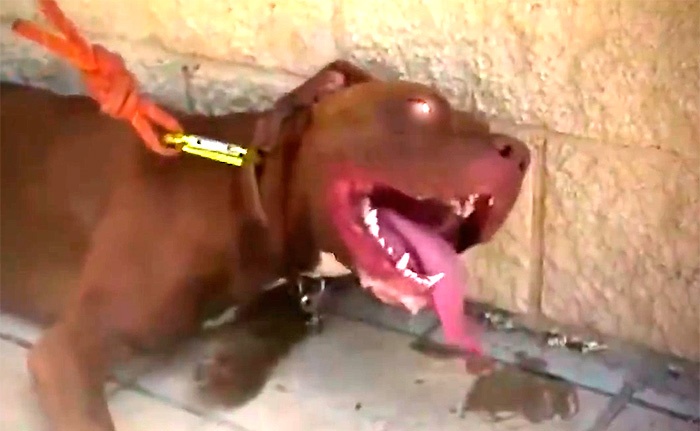 Fidji’s owners had left him in their parked car while they happily shopped at IKEA for 4 hours. How could they?

It was sunny but not even summer. In fact, people wore jackets that day to keep warm. However, inside the car the temperature had climbed to 120 degrees Farenheit- dangerously hot.

Fidji’s owners had left him in their parked car while they happily shopped at IKEA for 4 hours. How could they?.

Someone Spotted the Dog Struggling & Tried to Help

After the dog had spent about four hours in the scorching heat, someone finally noticed Fidji inside the car and broke a window to get him out.  Even with an open window a car’s interior can reach 120 degrees F on a hot day. With the window shut, who knows how hot it really was inside the vehicle.

Fidji Could Not Move – He was Too Weak

The large back window finally gave way to the blows. However, by now the dog lay panting heavily. He remained unresponsive as water was poured onto his face.

Fidji still showed signs of life when his owners came back from shopping. He was rushed to the nearest veterinarian hospital where doctors tried to save his life three hours of surgery. Sadly, he passed away during the evening due to internal bleeding.

Another Dog Was Saved in the Nick of Time

>>READ MORE: After Seeing This, You’ll Never Leave Your Dog in the Car Again – It’s Horrifying.

Are you a dog person -
I mean, a REAL dog person?
Well, you'll want to join our Facebook group. It's free and you'll see all our articles and so much more. facebook.com/groups/mydogalerts